I got several messages like this both here and on Twitter! Be warned, theres some fucky shi… 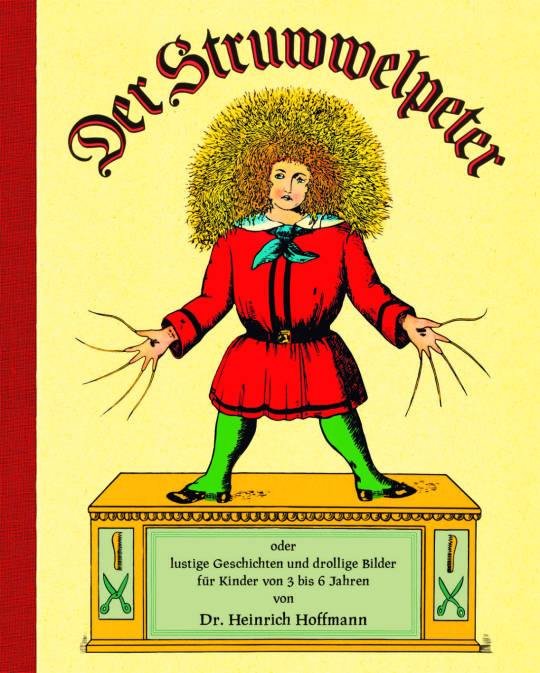 I got several messages like this both here and on Twitter!
Be warned, theres some fucky shit in this post! Yes, the story of the scissorman is a real childrens story, its called “Die Geschichte vom Daumenlutschter” (Suck-A-Thumb) and is part of the Struwwelpeter book by Heinrich Hoffmann! “Funny stories and amusing pictures for children ages 3-6″, thanks buddy The whole book teaches children about the consequences of bad behaviour, but while some of them make sense (if you play with matches, you horribly burn alive!), theres also some that are just hilariously cruel (Suck your thumbs? A weird tailor comes out of nowhere and cuts your thumbs off! Dont like your soup? Your parents will let you starve to death! ). Those sadistic fucks even put the goddamn soup on his grave, leave him be If you wanna explore more horrifying German children stories, I also recommend “Max & Moritz” by Wilhelm Busch, the OG “its just a prank bro” tale, a story about two asshole kids who “prank” people by hurting, traumatizing and mutilating them, and just generally ruining their lifes in other ways, for absolutely no reason.
(Animal cruelty ahead) They murdered her chicken, what a prank!
Theres also a guy who gets disfigured with fire and its so brutal that I dont really wanna show it here 🙂 Wilhelm Busch has written a lot of short stories, theres a lot to see there, I distinctively remember one about two burglars who try to escape out of a tall building by jumping with their umbrellas open, hoping it will work like a parachute, but instead they stab each other in the dick and die. Also, the original versions of the Grimm fairy tale collection are pretty horrifying. Everyone dies for some reason. We had this really really old book and I remember even the rabbit from the rabbit and the hedgehog doesnt just lose the race, he runs so hard that his artery explodes and he breaks his neck on a rock when he falls and bleeds out while the fucking hedgehogs celebrate (quote from my grandma while she was reading it to me: “hm, thats pretty unnecessary”) If you have a morbid fascination with the kind of shit kids in German speaking countries grow up with to this day, go ahead and see if you can find some translations! Please keep in mind that these are all 19th century and older, so theres probably some really not cool shit in it. 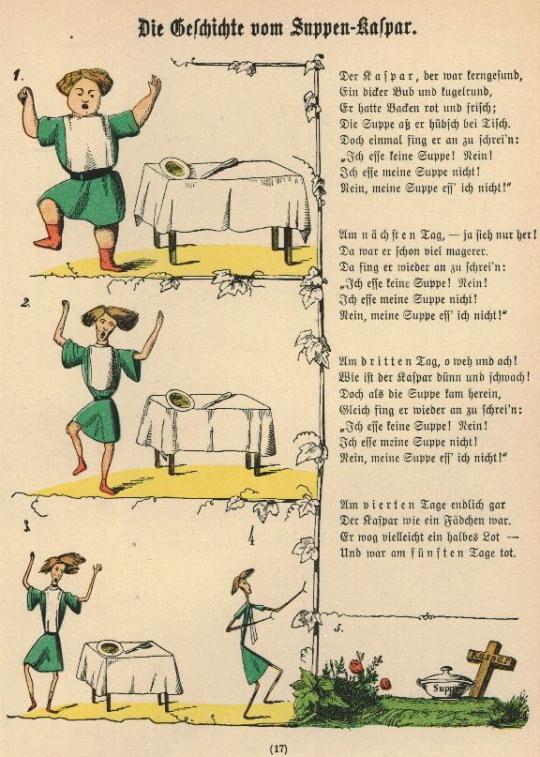 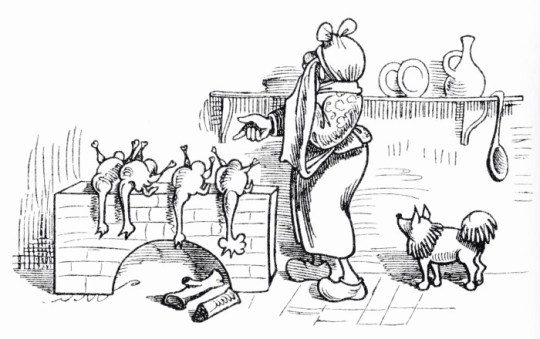 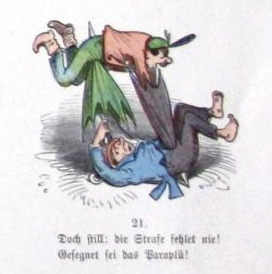